Peace in the Midst of Storm

Peace in the Midst of Storm

Overcoming Through Times of Trouble

I was feeling a bit down the other day and saw some great pictures about peace in the storm. Thought I'd put them in here. Maybe some folks would like to share how the Lord has kept them through times of trouble. Thanks, JoeJoe 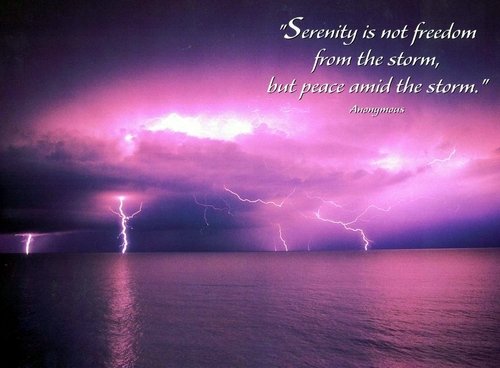 No Need to Fear

The year was 1982 and China was a country that was just opening up to the west after a horrible time of bloodshed and persecution against the Educated… the Elite and Christians. I had taken a job at the Finance and Banking Institute in Beijing to make it possible to get into the country to witness and help re-open the country to Christianity. Needless to say it was a pretty perilous endeavor. One thing we needed to train new Christians was a way of printing to get out classes and tracts etc. After a couple years of study it was obvious that what we needed was a copy machine.

That though turned out to be a hugely illegal item to bring in, because the country was terrified of western ideas entering in. We had smuggled in tons of Bibles etc., but this was our first run at something this big. It literally was the size of a one meter square box and had been donated for our mission there by a friend in Hong Kong.

Leaving through the port of Macau we traveled up the Zhu Jiang (Pearl) River to Canton. Everyone we knew in the States in Japan and even Europe, were praying for us. When we got off the boat in Canton we went through immigrations and there was to our surprise an unusual number of guards there and checks were being done in triplicate. It looked like we were sunk. We were so desperate in prayer and seeing that it looked like the gig was up and we were going to get nailed… (how do you hide a 1 meter square cardboard box?) I told my wife to go in a different line and I would take the Copy machine through on my own. That way if I was arrested at least someone would be free to tell others what had happened. As I we went through my wife was stopped by the guards in the other line and there was a huge commotion as they found a stack of 20 bibles in the bottom of her suitcase.

Being so concerned with the photocopier… we hadn’t even thought anything of the small run of bibles and it was shocking to see what happened when they found them. 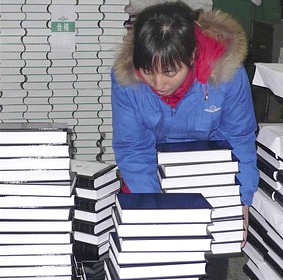 There was yelling and screaming and guards started coming from all over the facility to find out what was the problem… There in the middle of all the 10 or 20 security guards was my little wife being yelled at and screamed at and it was huge. As it so happened just then I came up to the counter with my obvious copy machine and the immigrations guy grabbed my passport stamped a quick entry OK and shoved me through… closing the gate and running over to join the witch hunt.

I rolled through with my treasure and a few hours later my wife was allowed entry…. Minus her Bibles and with 10 or 12 guards still screaming at her! HA! It was an amazing scene and so neat to watch God work!
A True Trusting Peace When Things Look Toughest

I enjoyed your picture Joe, that you put at the beginning of this thread, but wanted to add one more of my own… a peaceful bird next to a ragging cataract. Sometimes the most amazing peace is the one in the midst of storm and difficulty… That Moment when all Hell Breaks Loose and You can sit back and Know that God is in Control and Everything is OK … No Matter how Everything Might Look to the Natural Eye!

God Help us all to keep our Eyes on Him! Perfect Peace Have Those that Love His Law… And Nothing Shall Offend Them! Isaiah 26:3

Sorry I don't have a post here, but I did want to say thank you for this! It was just what I needed today!

Sometimes the Light Shines Through!

Peter that was a Great thing God did for you! Thankful you made it through ok!
The Good Shepherd Had Your Back. 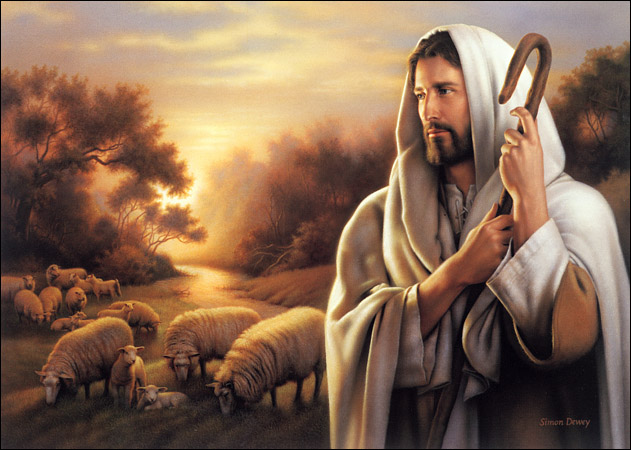