Real Life Afterlife Examples...
"Closer to the Light"
(From the Preface to the book... "Closer to the Light")
"I was lying in a room in the intensive care unit of a Seattle children's hospital," recalls Dean, a sixteen year-old boy, whose kidneys had stopped working. "Suddenly, I was standing upright and moving very quickly through dark space. I could not see any walls, but I thought that I was in a kind of tunnel. Although there was no wind, I felt that I was travelling with great speed. I did not understand where I was flying to or why, but I could feel that at the end of my flight something very important was waiting for me and I wanted to arrive at my destination as quickly as possible.

At last I arrived at a place filled with light. It was here that I noticed someone next to me. He was tall with long golden hair dressed in white vestments girded with a belt in the middle. Even though He did not say anything, I was not afraid, because of the feelings of love and peace flowing from him. If it was not Christ, then it must have been one of His angels." After this, Dean felt himself return to his body and then he awoke. This brief and yet, very intense experience left a deep impression in Dean's soul. He became a very religious young man, which had a positive effect on his whole family. 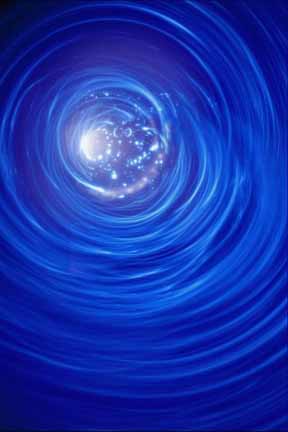 This is one of the typical accounts collected by an American doctor-pediatrician Melvin Morse, published in his book Closer to the Light [7]. His first encounter with such an event of transitory death was in 1982 when he revived nine year-old Katherine who had drowned in a public pool. Katherine told him how, during the time she was dead, she met with a nice lady who called herself Elizabeth; this was probably her Guardian Angel. Elizabeth greeted Katherine's soul lovingly and talked with her. Knowing that Katherine was not ready to come into the spiritual world, Elizabeth allowed her to return to her body. At the time of this event, Dr. Morris' medical career had him working in a hospital in Pocatello, Idaho. The child's account had such a profound effect on a man who, until then, was skeptical of anything spiritual, that he decided to explore deeper what happens to a person immediately after death. In Katherine's case, Dr. Morse was especially astounded at the details with which she was able to describe what she had observed, both at the hospital and at her home, during the time she was clinically dead. Dr. Morse checked into and confirmed the accuracy of her "out of body" observations. It was as if she had been an eyewitness to the events that had transpired during the time that she was dead. 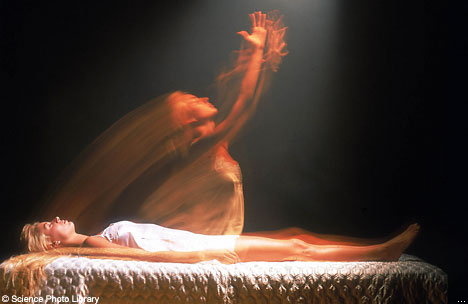 After his transfer to Seattle's Orthopedic Children's Hospital and later to Seattle's Medical Center, Dr. Morse began to systematically examine the question of dying. He questioned many children, who had experienced clinical death, comparing and documenting their accounts. Additionally, he remained in contact with his young patients through adulthood observing their mental and spiritual maturity. In his book Closer to the Light, Dr. Morse insists that all the children whom he studied grew up to be more serious, moral, and spiritual than the average adult. All of them accepted their experiences as a manifestation of God's mercy and a sign from above that they should live in uprightness.

Until most recently, such accounts of the afterlife could only be found in the realm of religious literature. Worldly magazines and medical journals, as a rule, avoided publishing such material. An overwhelming majority of physicians and psychiatrists reacted very disapprovingly to any spiritual accounts and did not acknowledge the existence of the human soul. It is only within the last twenty years, at the very, so-called triumph of materialism, that some doctors and psychiatrists have begun to seriously examine the existence of the human soul. A catalyst for this movement was Dr. Raymond Moody's well-received book Life after Life [1], published in 1975. In it, Dr. Moody collected a series of first-hand accounts of near death experiences. Initially, Dr. Moody's interest in the subject was sparked by stories related to him by some of his friends. As he began to collect these stories, he realized that there were large numbers of people who had out-of-body experiences during the time they were clinically dead. This shocked him. However, many of these people, did not relate their stories to anyone to avoid embarrassment or worse, the questioning of their sanity.

Soon after the appearance of Dr. Moody's book, the sensation-hungry press and television media widely publicized the contents of his book. A firestorm of discussions and public debates on life after death issues followed. This caused a flood of doctors, psychiatrists and spiritual leaders, some of whom felt their field of expertise had been infringed upon by an incompetent source, to launch independent investigations to review the data and results published by Dr. Moody. Many of them were very surprised when the accuracy of Dr. Moody's observations were verified. Specifically, that upon a person's death, their existence does not cease, but on the contrary their soul continues to hear, think and feel.

Among serious and systematic studies on dying, Dr. Michael Sabom's book "Recollections of Death" should be mentioned. Dr. Sabom is a professor of medicine at Emory University and a staff doctor at the Atlanta Veteran's Hospital. In his book one can find detailed histories and a penetrating analysis of the subject matter.

Also of value is the systematic documentation of Psychiatrist Dr. Kenneth Ring, published in his book "Life at Death." Dr. Ring compiled a list of standardized questions for people who had experienced clinical death. The names of other doctors who studied this topic are mentioned in the bibliography. Many of them started their observations as skeptics, but having seen an increasing number of incidents supporting the existence of the soul changed their perspective. 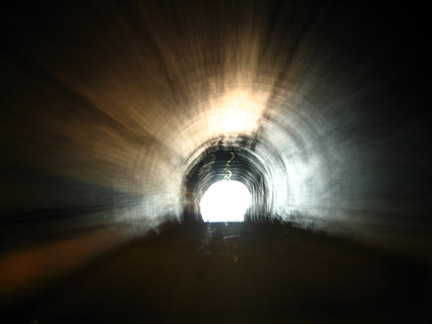 Thought that was a pretty clear explanation to the average Joe that we just don't rot away into the dust! There's more than meets the eye to Life. SO once you see that, then it opens up a whole bucket of other questions... like what is there after we die... what is there afterlife hold? Wow! Pretty Heavy... Can't Imagine anything heavier than Heaven!

Touching True Story From a Mom That Died

This is a touching story from a Mom that died. It starts off slow so be patient. When she actually describes the event... it is excellent.

I have seen this video and it's great. Thank you.

Yes Alam Chand it is. My doctors gave me a very short time to live and it has made me serious about Heaven. I've always had a faith in Jesus and I knew where I was going, but have been busy with life. Now as I put things in order and prepare for my departure I am thankful for all the little guide lights and presentations that show me home and where I'm going.

My Doctor in presenting the news told me that I should consider THAT ALL OF US... ALMOST EVERY PERSON WE MEET WILL WILL BE DEAD IN 60 YEARS. HEAVEN NEVER SEEMED SO REAL.

Dusty I so sorry about your Doctors news, but I do believe God can Heal anything and will pray you get all better. God is still on throne and Prayer Changes Things. If Jesus Takes you Home instead of Heal you I look forward to seeing you in Heaven. Though we never meet here... we have forever there! God Bless and keep you! So thankful for all your good posts and care and concern for so many! You precious in the sight of the Lord!

Dusty God Bless Buddy! Sorry about the doctors report, but I do still believe God can Heal You if it's not your time to Go! So Be sure we are prayin' for you and for the Lord to turn things around.

One thing I know though is that you have lived a faithful life and done what you can to help and reach out to others with the Lord's love. We are promised eternal life... but not here in this body and form so as you said we all will walk that day soon... when we do we would be blessed to be as ready as you are.


Bless You Dusty... We Love You and Are Forever Grateful for You... and We Are Praying for God To Keep You Here a Wee Bit Longer! Twould be a Lonelier World Without You!