From China With Love... A True Story

From China With Love... A True Story

Hi My Name is Silk and Peter Asked Me To Share My Story With You.

I’m Chinese and was born in 1942 just before the beginning of the Unification of China under Mao. I did well in school and as a Teenager Wanted to do Something Big with my Life So I got into the Red Guard which was a Youth Movement in China at the time. During the Cultural Revolution of the 1960’s I witnessed and partook in some of the most horrible atrocities that you can imagine. It all seemed pretty much par for the course as we were trying to rebuild China and rid it of many of the things we were told were wrong… like Western Education and Religion. 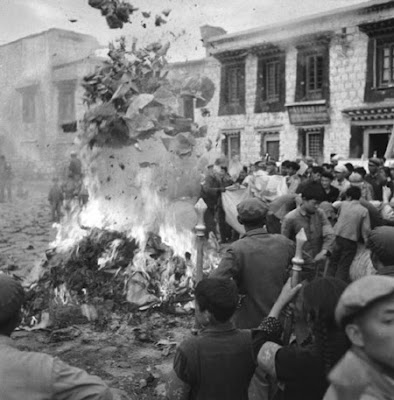 As time went on and I saw more and more evil being done in the name of good… I started questioning what we were doing. About this time we found out about this man and his family who were Christians and our group went to get him. In the middle of Winter… it was very cold there… our group dragged him out into the snow and in front of his wife and child and neighbors, we beat him and I remember one of the people holding up a Bible over him and Yelling “it says when They Hit you on the One Cheek… then Give them the other”. The man was too incoherent to respond, but I remember thinking… that if I ever found anyone who was actually living what was being yelled at this guy… then I’d want to be like that too. “Love your enemies… do good to those that despitefully use you”.

By the mid 1970’s China was changing and I went back to school and eventually got a Job with a University. In early 1980 a foreign teacher came to my school to teach English… Joseph… and he was a very kind and sincere man. During breaks he let some of us know that he was a Christian and he would tell us bits and pieces of the Bible. His Goal was to Go to Tibet which seemed impossible at the time, but He said “that was what God had shown him”, so well … you know… funny foreigner… we just put up with him. Thing was though that he said the things and taught me things from the Bible that were so moving and I came to Know and understand this Jesus that had Lived and Died for Me! Joseph was very patient and even the most ardent Communist Party members liked him. He just had a way of kindness about him.

To make a long story short… when given my chance I received Jesus into my life and found for the 1st time a Love that I had never known... A Love that was bigger than all the Hate that I had seen … and a Love that could change my Life and Change the World. I was able to get to know Joseph and his friends well and after several years started working on Helping Joseph go to Tibet. He eventually made it and was the first Western Missionary there since the region had been closed, but that’s another story in itself.

God was very kind to me and I married and moved to the USA and started my life over again. Even though I was over 40 I had 2 children and have had a beautiful life living near Atlanta Georgia.

If you feel hopeless like there is no way you can make it… then you just remember me… remember Silk from the darkest place you can imagine… with the meanest people you could dream… and remember that God saved me … and Know… He Can Save You Too. 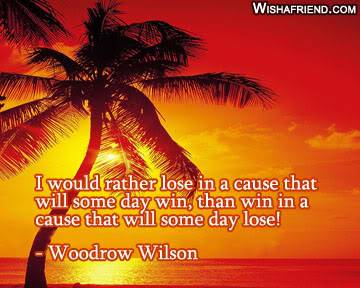 What a beautiful story. The Gospel was preached to you even if it was the gospel of contention. Philippians 1:15-16 But as my Pastor told me as a kid... God's Word never returns void ... it forces people to a decision... one way or the other.
You Made The Right Choice! PTL! Silk is Not Alone

For those of us who were called to China this Following News Story is very encouraging. Reprinted from the Chicago Tribune.

Rev. Jin Mingri peered out from the pulpit and delivered an unusual appeal: "Please leave," the 39-year-old pastor commanded his followers, who were packed, standing-room-only on a Sunday afternoon, into a converted office space in China's capital. "We don't have enough seats for the others who want to come, so, please, only stay for one service a day."

A choir in hot-pink robes stood to his left, beside a guitarist and a drum set bristling with cymbals. Children in a playroom beside the sanctuary punctuated the service with squeals and tantrums. It was a busy day at a church that, on paper, does not exist.

Christianity — repressed, marginalized and, in many cases, illegal in China for more than half a century — is sweeping the country, overflowing churches and posing a sensitive challenge to the officially atheist Communist Party.

By some estimates Christian churches, most of them underground, now have roughly 70 million members, as many as the party itself. A growing number of those Christians are in fact party members.

Christianity is thriving in part because it offers a moral framework to citizens adrift in an age of Wild West capitalism that has not only exacted a heavy toll in corruption and pollution but also harmed the global image of products "Made in China."

Some Chinese Christians argue that their faith is an unexpected boon for the Communist Party, because it shores up the economic foundation that is central to sustaining party rule.

At the same time, Christianity is driving citizens to be more politically assertive, emboldening them to push for greater freedoms and testing the party's willingness to adapt. For decades, most of China's Christians worshiped in underground churches—known as "house churches"—that avoided attention for fear of arrest on various charges such as "disturbing public order."

But in a sign of Christianity's growing prominence, in scores of interviews for a joint project of the Tribune and PBS' FRONTLINE/World, clerical leaders and worshipers from coastal boomtowns to inland villages publicly detailed their religious lives for the first time.

They repeat a seemingly shared belief that the time has come to proclaim their place in Chinese society as the world focuses on China and its hosting of the 2008 Olympics, set to begin in August.

"We have nothing to hide," said Jin, a former Communist Party member who broke away from the state church last year to found his Zion Church.

Jin embodies a historic change: After centuries of foreign efforts to implant Christianity in China, today's Christian ascension is led not by missionaries but by evangelical citizens at home. Where Christianity once was confined largely to poor villages, it is now spreading into urban power centers with often tacit approval from the regime.

It reaches into the most influential corners of Chinese life: Intellectuals disillusioned by the 1989 crackdown at Tiananmen Square are placing their loyalty in faith, not politics; tycoons fed up with corruption are seeking an ethical code; and Communist Party members are daring to argue that their faith does not put them at odds with the government.

The boundaries of what is legal and what is not are constantly shifting. A new church or Sunday school, for instance, might be permissible one day and taboo the next, because local officials have broad latitude to interpret laws on religious gatherings.

Overall, though, the government is permitting churches to be more open and active than ever before, signaling a new tolerance of faith in public life. President Hu Jintao even held an unprecedented Politburo "study session" on religion last year, in which he told China's 25 most powerful leaders that "the knowledge and strength of religious people must be mustered to build a prosperous society."

This rise, driven by evangelical Protestants, reflects a wider spiritual awakening in China. As communism fades into today's free-market reality, many Chinese describe a "crisis of faith" and seek solace everywhere from mystical Taoist sects to Bahai temples and Christian megachurches.

Today the government counts 21 million Catholics and Protestants—a 50 percent increase in less than 10 years—though the underground population is far larger. The World Christian Database's estimate of 70 million Christians amounts to a 5 percent share of the population, second only to Buddhism.

At a time when Christianity in Western Europe is dwindling, China's believers are redrawing the world's religious map with a growing community already exceeding all the Christians in Italy. And increasing Christian clout in China has the potential to alter relations with the United States and other nations.

But much about the future of faith in China is uncertain, shaped most vividly in bold new evangelical churches such as Zion, where a soft-spoken preacher and his fervent flock do not yet know just how far the Communist Party is prepared to let them grow.