A China Lesson ... Keep It Simple

A China Lesson ... Keep It Simple

I Saw This on the Main Web Page and thought it might be Good to Add it Here! Hope that's OK.

Christian Stories Presents
Lessons From China
Keep It Simple
After a general agreement has been struck they often say, "that’s when you need to be careful", because “the devil is in the details”. Jesus said that “a house divided against itself cannot stand” and someone once paraphrased that by saying that the enemies favorite tactic is “divide and conquer”. How Many Peoples' Christian Stories and Lives are ruined... Good Sincere Christians, that receive the Lord and have a Wonderful Change in their Lives... only to later get loaded down by the devil with trivial, cumbersome details… and the cares of this life! Colossians2:8 Beware lest any man spoil you through philosophy and vain deceit, after the tradition of men, after the rudiments of the world, and not after Christ. It kills them spiritually and they become fruitless… dead and lifeless… so sad! They would do better to just keep it simple. 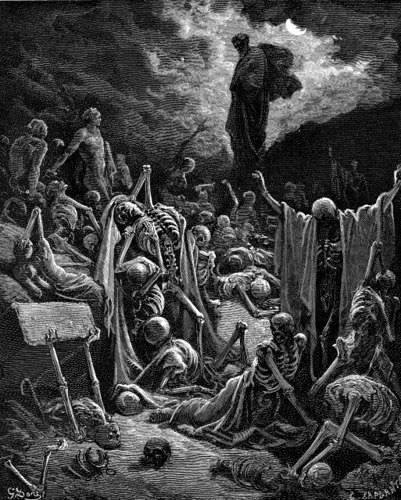 In China
In the late 70’s and early 80’s I had the privilege of being one of the 1st Missionaries back into Communist China. Over my years there I saw many things… poverty, persecution, prison and death on the part of Converts and National Pastors. For a young naive kid like I was … it was a great shock and awakening. But on the opposite side of that I saw some of the most beautiful things… collage kids, who found the Lord being willing to sacrifice everything …risk real problems for the precious love and hope that they found in Jesus. Also in other missionaries, who over the years started coming into China… I saw in them and lived a camaraderie that I had never seen before or thought possible. It was like the Martyred Christians in the Arenas of Ancient Rome. Trust me no one was arguing how many Angels can sit on the head of a needle or this doctrine or that historical point. We all stuck pretty much to the basics… We Band of Brothers and Sisters facing a very uncertain future in a desperate battle against the evil forces of this world.

There Are Many Modern Day Christian Stories of Persecution... Here Are A Few

The Most Uncomfortable Place For A Christian

Is a Comfortable Place 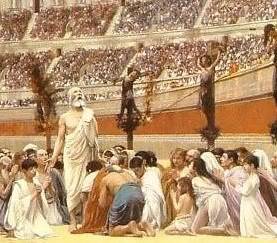 Probably the greatest thing I learned there was to Keep It Simple and to treasure my fellow Christians. Stick to the basics and remember the Nails that Killed Jesus, Remember His Love and How He Died for Us All and How He Came Back from the Dead and has given us power to do the same. There are many other important points in Christianity, but folks loose their focus when they loose the big picture and get their priorities out of whack. Why try and chase away the darkness by arguing over black deadening details, when you can flip on the switch of eternal life and love and let the light in… which automatically chases away the darkness. In such a complicated world it all seemed pretty simple and worth mentioning here. 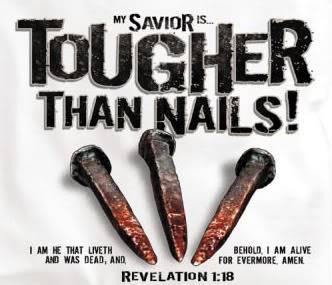 You Talk About Courage... A Kid 19 Years Old Who Throws a Christmas Party in His Collage Dorm in Beijing, and Prays with Most of the Students to Receive the Lord. He Does this Knowing that at the Least it Might Cost Him His Education and Prison. But He's Young and On Fire and He Doesn't Care. The Love of Jesus Means more to Him than Anything, Even Life Itself. In a Subsiquent Persecution HE dissapears and is Never Heard From Again .He Was My Friend and I Miss Him! His Christian Name Was John. 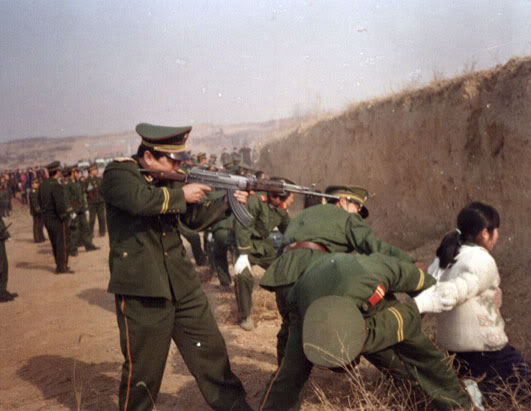 Heads Back Tough Guys, You Don't Want To Get Hit By The Splatter.

Thanks Bob! There's a few good pages there we don't have here! Pretty serious stuff.