Runaway Bob
Years ago there lived in England a Young Lad named Bobby. He was a bit of a Tenacious Rascal and though he came from a Christian Home found Himself getting into more and more Trouble. His family was poor and in order to attend Church School and Study he was Donated a new school uniform by the church, but Bobby didn't Care much for Church and or School so off he ran to play with his Friends and the Uniform was Ruined. The Church Elders who had Paid for the Clothes were Most Distraught at his Carelessness, but Bought him a Second outfit. Off went Bobby again not showing up for school and Instead hitting the country side to Play with Friends. Again the Clothes were ruined. The Church Elders were Completely Frustrated and came to the Conclusion to not Waste any more Time on this Seeming Reprobate Rascal.

At the Moment of Decision though the Teacher Stood up and said, "You know I see something in this boy... I Truly Believe we should Give Him One More Chance!" After Much Debate the Teacher Persuaded the Elders to give Runaway Bob One Last Go. The Teacher again、 as before Delivered the Uniform to little Bob and in this Encounter Touched the Family and the Little Boy’s Heart. Bobby Came to School and Studied... and did well. He Matured and Grew in Mind and Heart and Spirit… So much so that little Runaway Bob went on to Become Robert Morrison ... The Famous and First Missionary to China. That Tenacious little Rascal was the Man God Used to First Translate the Bible into Chinese whereby the Gospel was opened up to the Millions of souls there! In Our Mining of Souls

God Help Us to See

The Gold & The Good

For If You Look The Dirt

You’ll Find it for Sure

But it Does Little Good

I heard of a story on the opposite end of the Spectrum... Let's Call it

The Kid They Dumped

Somewhere I read of a rough boy who attended a Sunday School & made it tough for every teacher he had. Finally, after a consultation with the teachers, the Superintendent led him to the door one Sunday with this curt dismissal: "There's the street. Go, & never come back to this Sunday School!"

He never came back, but they heard from him again! He began a career of crime & bloodshed that perhaps has never been equalled in modern times. Finally, before a theater entrance in Chicago one evening, his body was riddled with bullets.

In one of the chicago papers a most unusual picture appeared—only the feet of the dead desperado showed. The caption under the picture was brief: "These are the feet of John Dillinger!" The editorial comment was heartsearching: "Who knows where these feet might have gone if someone had guided them aright?
" 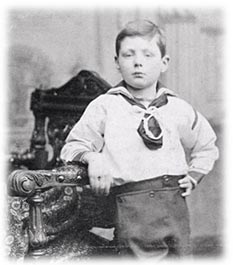 A young English boy was called "Carrot Top" by other students & given "little chance of success" by some teachers. He ranked third lowest in class: grade averages for English was 75%, history 65%, mathematics 50%, Latin 30%.

His teacher's report reads: "The boy is certainly no scholar & has repeated his grade twice. He has also a stubborn streak & is sometimes rebellious in nature. He seems to have little or no understanding of his school work, except in a most mechanical way. At times, he seems almost perverse in his ability to learn. He has not made the most of his opportunities."

Later, with Much Love & Patience from Many... Ol' Carrot Top settled down to serious study & soon the world began to hear... about...

Wow Those were great! Thank You! Just what I needed as I care for a bunch of young rascally kids and it showed me how important it is to be faithful with them!

Thanks for sharing that! Hit the mark for me!