Do You Need Help or Someone to Talk to?

Do You Need Help or Someone to Talk to?

Hi there. Do you have some problem you need to talk about. Please post it here and we will be happy to answer what we can! Often just getting your issue out can really help!

Ok... I'll bite. I recently broke my leg and lost my job because of it. I have three small kids and I don't know how we are going to make it. I feel like mud. My wife's pretty supportive, but it looks bleak. Any thoughts?

Hey Joe! So sorry about the leg.

I know that really hurts. Had the same thing 7 or 8 years ago when I was driving home with my kids and stopped to help a neighbor who had gone into the ditch. To make a long story short I broke my ankle and foot in the attempt to help and was unable to work. It was crushing and I spent many sleepless nights troubled over the issue. Someone shared a poem with me that helped.

One thing it all did was get me disparate.

I've been a missionary here in Japan and China for 30 years and I guess life had become pretty routine. After the accident it looked like I'd never walk again without a brace or crutch. After three months the casts came off and I started rehabilitation and that was tough. At 1st 10 feet, then 20, then 50 and so on.

The thing that kept me was my faith in God and Prayer. I really was desperate and managed to overcome it. Took about 2 years before I could walk normally again, but I did and went on to climb higher mountains than I had ever climbed and do more than I had ever thought about doing. God get's His Greatest Victories out of seeming defeat, but he often brings them along the neglected path of Praise. ('

Though you might not see the end of this you've got to know Joe that "All things work together for Good to them that Love God... Romans 8:28." If you know that God loves you... then he surely has a reason and a purpose for this... it's not an accident. I know you might be in a tight spot now, but give it some time and there will be a light at the end of the tunnel. Sometimes those darn Tunnels are long and dark and gloomy, but Joe they are a short cut through the mountain to get you to your ultimate destination. If nothing us Joe ... if all this happened to you to drive you to God for His Help... that might be the best thing that ever happened to you.

Many a man has later in life counted the greatest thing that ever happened to him as the biggest difficulty he had to overcome! So don't be discouraged Joe... There is a light at the end of that tunnel and you can get there!

Please keep in touch and let us know how it goes! We Love You and Jesus Loves you and we know He can see you through this! God Bless and Help you to be Victorious through this very testing time of trial. Thanks for the encouragement! I guess it's the insecurity that's the hardest! Please keep us in your prayers! I do agree with you comment that all things happen for a reason. Time will tell! Thanks again.

Oh and they said today my leg wasn't as badly broken as 1st thought. So things are lookin' up!

At my Work I have to deal with people who know I'm a Christian and they hate me because of it. I live in Japan where the Christian community is about 1% and the pressure is pretty great to keep Christians down. In my situation I've been pretty successful making friends and doing well in my job, but it has all brought on a lot of pressure from some who are very antagonistic and against Christians. To be clear that's not everybody, but it is the people in power and it can be Hell. Any suggestions? If nothing else please pray for me.

One of your people I noticed is here in Japan so I bet he would understand. Anyway thank you for your time and prayers and help. 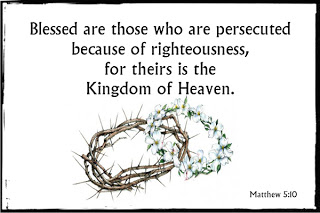 Hey Dusty, Saw your Post and you are right with the quote from Mat. 5:10. The Devil never starts shootin' till you go over the top. If your just sittin' on your rump doin' nothin' why should he care, but when you get out there and share the truth and witness then he's like a bees nest that's just been popped by a towel!

Sometimes You Just Have to Be Smart And Patient and Wait for the Right Time! Pushing it Can Get You Into Trouble! 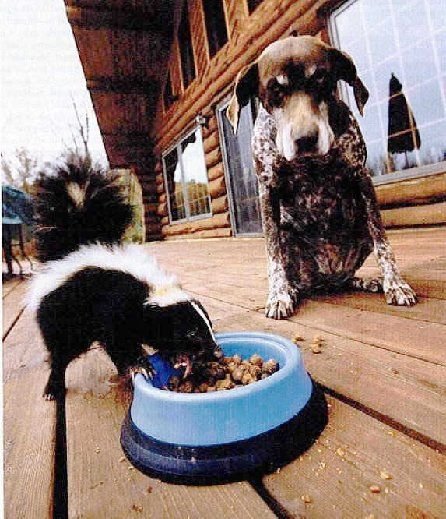 A couple of things... #1 you are a guest in that country and you really need to check your heart that you're not coming off with a very proud western Spirit which can be offensive! Also you are being hired to do a job there for them and not to be witnessing so make sure you're not just bringing this upon yourself. Nothing wrong with sharing your faith and what you believe at the right time, but you live in a culture where folks go for 20 years without knowing the 1st name of the guy that sits in the desk across from them. They will be patient with you up to a point, but if it is perceived that you are going to be causing some lack of harmony or a problem then you will start to have problems.

Nobody will openly say hey step on the cross or we'll cut your head off, but you will find yourself with rotten people to work with and getting the very worst of your working condition. A lot of the problems in Japan can be avoided with just the slightest amount of tact and wisdom. On the other hand there is a minor faction of the culture that is violently against Christians and they are going to go after you with a fierceness you can't imagine and the best thing you can do is avoid 'em. I once had a guy in Kyoto that chased me around the train station with big knife yelling and screaming at me for passing out tracts to people there. So be aware and Beware of the situation. If you'd like to Personal Message me I'd be happy to go into more detail.

Just make sure your persecution is necessary and justified and not because of your ignorance or foolishness. There is a difference.

Thanks Peter... That was a help! Enjoyed the way You explained it! Sure felt like the guy getting hit by the soccer ball!

I'll let you know how it all goes! Please keep me in your prayers!
Thank you! Really great answer!

Peter just a big thank You! The legs doing better and the cast comes off next week. More than that, it was just amazing, but I got a better job than the one I had before... better hours and more pay and I can spend more time with my family. Never would have happened if I hadn't of broken my leg in the first place. Most of all it has changed me inside and I have faith for tomorrow and to keep living no matter what happens. My wife said to say thank you from her also... as she knew just how rotten I felt before I wrote in on your web thing! Thanks for your prayers and for helping me to see that getting closer to the Lord was the key and the answer to getting through the situation. I'm forever grateful.

Saw you put this up on the main page web site. Great page. Well done and thanks again.